A few weeks ago there was an attack on Capital One’s AWS infrastructure that lead to the compromise of personal information on around 100M people.

AWS is putting great effort in avoiding S3 buckets configured for public access. When I read the initial reports, I thought the root cause was the usual “S3 bucket with public permissions” (S3 is a distributed object storage in AWS). It’s not uncommon that companies that are not very fluent with AWS permissions, end up making public a whole S3 bucket.

It turns out that the attack was more sophisticated (but not as much as I’d thought).

However, once you start thinking about it, this attack is eye-opening.

The details published on the indictment of the accused individual are a bit generic, but some researchers have been digging around and we have a better picture of what happened.

It seems those credentials allowed to access a few S3 buckets. Using those credentials, the attacker connected to AWS S3 API endpoints directly and downloaded the information from those buckets without any further use of the firewall instance.

There are obvious issues in how Capital One configured its infrastructure.

However, in this attack there is something that is very cloud specific and it is the access to the metadata endpoint to get the credentials.

The metadata endpoint is sort of a web server accessible only to the instance. Effectively appears as an IP address (http://169.254.169.254 in a link-local range) it can be accessed from its own instance running on AWS (similarly to other cloud providers), and it contains some values that are exclusive to that instance.

From the metadata endpoint the instance can have access to some configuration values. For example, to get the IP address of the instance,

aws $ curl http://169.254.169.254/latest/meta-data/local-ipv410.70.120.226Having the configuration as something external to the instance, allows to bootstrap the instance using a single “template” (virtual machine image) together with some configuration.

The metadata endpoint also may contain the credentials associated with the instance.

To avoid that, when preparing the instance to launch, the user can create a definition of what the instance will be able to do (in AWS terminology, an IAM role). And when the instance starts, the cloud translates those permissions into a fictitious set of credentials and lets the instance access those credentials using the metadata endpoint.

As I just mentioned, the metadata endpoint is in a link-local address, which means it can only be accessed from the actual instance.

Obviously, if you manage to get a shell in the machine, you’re effectively “the instance”.

More importantly, you don’t need to have a shell. If you manage to convince the instance to make a request to the metadata endpoint, you’re effectively “the instance”. This is called Server Side Request Forgery:

In a Server-Side Request Forgery (SSRF) attack, the attacker can abuse functionality on the server to read or update internal resources. The attacker can supply or a[sic] modify a URL which the code running on the server will read or submit data to, and by carefully selecting the URLs, the attacker may be able to read server configuration such as AWS metadata, connect to internal services like http enabled databases or perform post requests towards internal services which are not intended to be exposed.#### An SSRF example

I mentioned at the beginning about how in the Capital One attack there was a module misconfiguration. I don’t know the specific misconfiguration. The module seems to be modsecurity, but a quick look into the configuration didn’t show anything obvious.

However, it is very easy to simulate the same issue with one server forwarding requests (note: forwarding is not the same as redirecting).

It’s so easy that, once you understand the attack, you start checking all the places where you forward requests in your own software.

Anyway, since I wanted to investigate the behaviour, I created a very crappy proxy in Golang. Please, don’t use it in production (or for anything important for that matter).

Once I developed the code, I launched an Amazon Instance (t2.nano will do), with the default AWS Linux Image, and associated a security group with ports 22 and 80 open (but only for my IP). I created an IAM role (assigning “s3 readonly” permissions, enough for a test) and assigned the role to the instance.

Once the instance was up and running, I followed the usual steps to connect the instance…

followed by the typical steps for installing golang …

I had a crappy proxy listening on port 80, ready to forward any request that it receives in the url parameter.The proxy is purposely dumb (it’s a simple example of SSRF). But being so simple, it’s obvious that it also forwards any requests to the metadata endpoint.

And for all intents and purposes, the request seems to be made from the actual instance. So I can get the credentials under which the EC2 instance is running:

I don’t know what was the specific compromise in Capital One’s case.

But SSRF can be really nasty in a cloud environment.

Obviously, once you have those credentials, you can use them from anywhere in the world.

In the following listing, from a local machine exploiting SSRF, first we get the credentials and then those credentials are used to get the number of S3 buckets.

Once you’ve got the credentials, you can use them to access any AWS services that the instance is allowed to access.#### Mitigations

Last year people in Netflix where already aware of this problem and wrote a couple of super interesting articles on detection and prevention for this type of attacks.

You should read both articles, because they explain the problem and solutions better than me. In any case, my layman summary would be:

Netflix’s detection technique assumes that once the credentials are compromised, the attacker no longer uses the EC2 instance to access AWS services. And with that assumption, detects the compromise in a change of IP address. 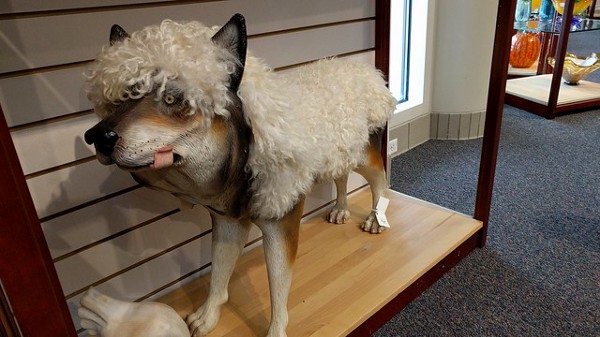 But that is not a correct assumption. Because some of the AWS services can be accessed via GET using a REST API (and a specific signing process). And if the attacker managed to invoke the metadata endpoint, it may be able to invoke the REST API, especially considering that REST APIs can receive all the parameters via query string.

I’m not going to detail the steps (sorry, no public code), but I can confirm that the following works:

I want to stress that since we’re using SSRF, the request comes from the instance.

CloudTrail entry for the “attack”. Source IP is the actual instance IPSo, limiting the source IP has no impact.

Netflix proposal for a detection system may not work.

Netflix’s technique to detect credentials abuse is not always valid. When coupling SSRF with metadata endpoint abuse, it can be avoided by using REST API exploitation.

The main remaining mitigation would be to apply the least privilege principle and reduce the permissions assigned to the instances. However, as I mentioned on a previous article, the implications of assigning a specific permission are not always fully understood.

SSRF can be catastrophic in a cloud environment. Misconfiguration in the permissions coupled to SSRF is game over.

This article expresses my research and views and it doesn’t necessarily express those of my employer(s).