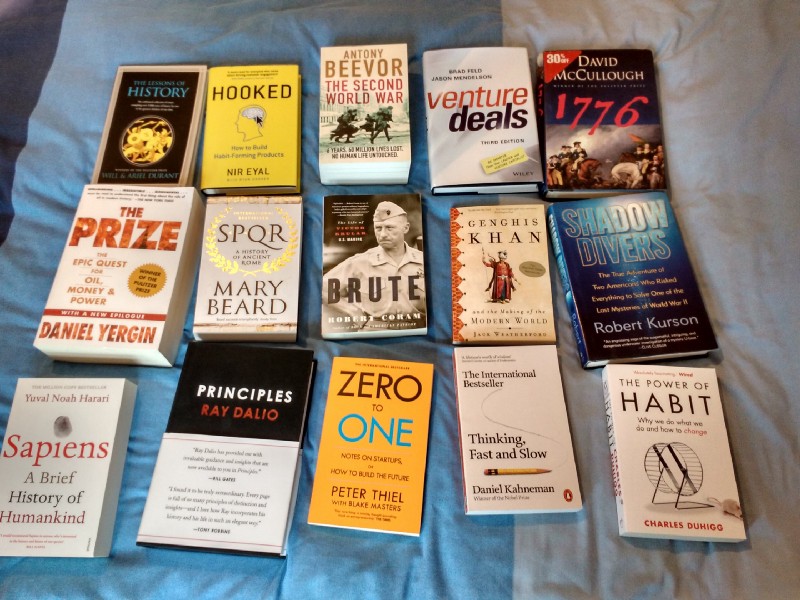 I read physical books too.

I enjoy starting them.

Honestly, finishing books is more difficult for me. But I’ve been trying to improve on that.

I was very excited when I bought ‘1776’ by David McCullough. The title is a reference to the year when American Independence was proclaimed. However the book starts narrating in mid 1775 and ends at well into 1777, and it is more about the Rebellion/War for Independence in those years. It doesn’t cover the whole war, nor the beginning, nor the end. It seems to focus in General Washington, his struggles and doubts, his evolution. Every comment I read was that Mr McCullough is a master of the historic sources.

But the book has been a disappointment. It’s true that the author manages sources for every comment and passage. He writes using quotes all over the place.

But in the first few pages, I managed to spot an issue with his understanding of the sources that made me lose any confidence in the author.

The author mentions a discourse of King George III at the opening session of the Parliament in October 1775 to express the British King’s thoughts about the rebellion. It’s not a small paragraph in the book but a couple of pages at least (and a few more further in the book).

He quotes the speech as proof of the King being against the rebellion and of a transcription of his thoughts.

However, it’s common knowledge for everybody living in the UK that the “Speech from the throne” is delivered by the King/Queen BUT written by the Government. The King pronounced those words but they weren’t his words.

It’s true that the King was against the rebellion. And his thoughts apparently were not very different. But they were expressed in a different speech, called Proclamation of Rebellion, not in the Speech from the throne.

Failure to know this, (or make a minor reference) suggests an appalling lack of understanding of the sources.

What’s in it for me?Usual readers of my articles (there are a handful “loyalists”, pun intended), will think why I’ve suddenly abandoned technology, entrepreneurship and the like to comment on a book on History.

Even if it doesn’t matter, I do think it’s relevant:

Being able to recite something doesn’t mean you did understand it.